Finally the cabin for the catering model has been finished. It wasn’t easy to do as everything has been done from scratch thus it took all the time during this week. After finishing it, I made the basic interior shape which also has the axle for the front wheels.

The wheels have also been made although they need some other minor details/adjustments.

I also have made what seems to be the air conditioner which will be placed at the left side of the truck.

There are still some details to include but I am happy with the progress.

Please note that the wheels weren’t completely fixed to the truck so you may see some incorrect angles and the fenders are still pending to make.

The list of things remaining to do gets shorter and shorter but there is still some work pending to do which I hope to cover and upload in the next update.

After several weeks and efforts and with the help of our friend Rob, decals were finally printed and are on the way.

I have made decals for several catering handlers but I also wanted to add as many little detail decals as possible. From the Man logo at the front of the cabin to the control panel inside the compartment.

The tail lights and headlights are based in a high quality image of the real deal so that the result can be more realistic than simply painting the lights.

License plates will come in three color options and with black/white letters and numbers.

I will upload new photos once the decals have been received. 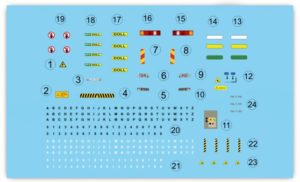 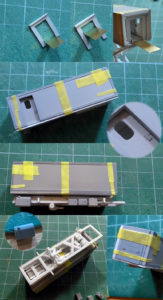 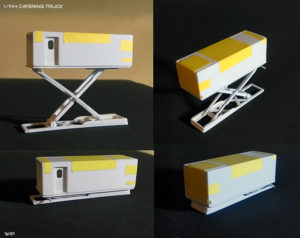 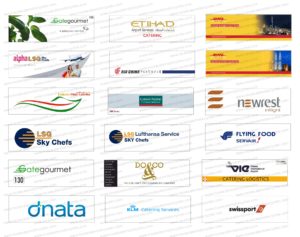