15 Item in stock Items in stock

Notify me when this product is in stock 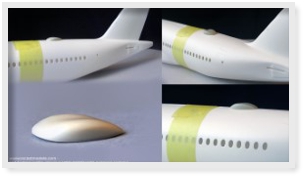 WiFi radome made in resin to represent the Honeywell’s Jetwave MCS 8200 model.