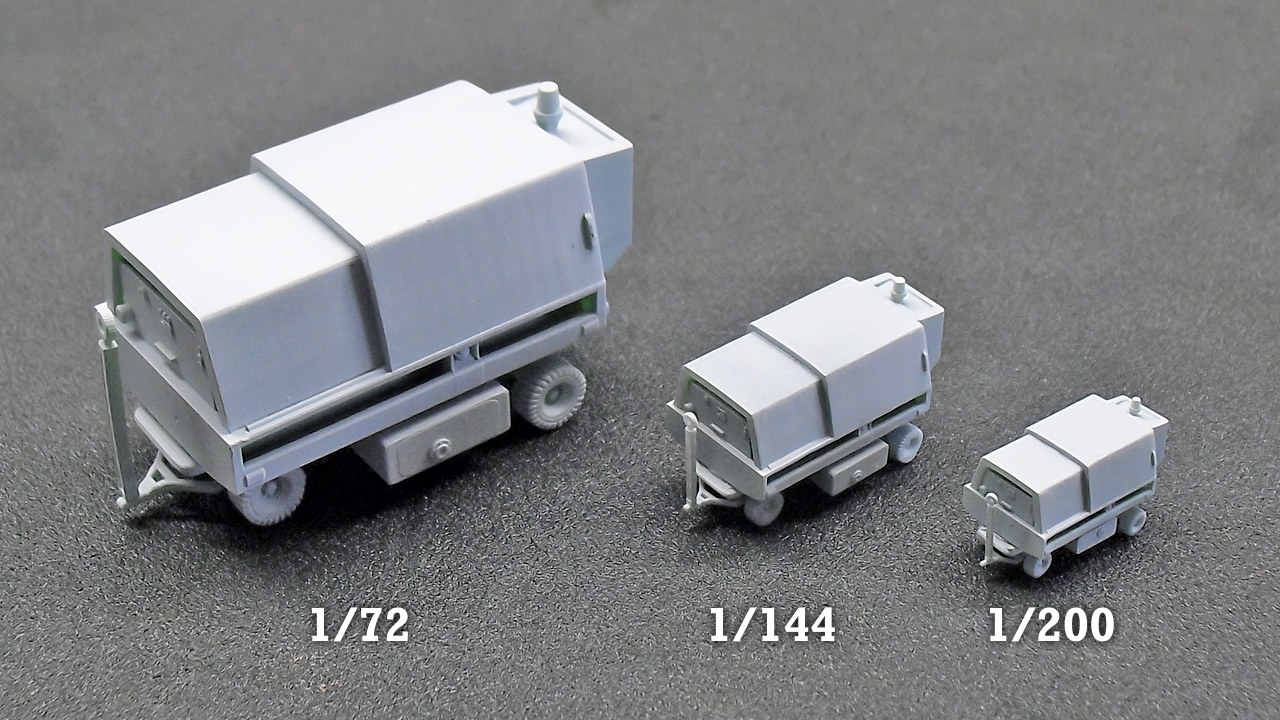 It has been quite some time since my last update, as some of you may have read on the latest entries, I was trying to improve some of the GSE models that are currently in the catalogue and during this process, I realized that this attempt may become just a new change entirely on the current items.

Technologies change and everything moves very fast, I enjoy building these models scratch build, but sometimes one has to face limitations (specially of time) and thus some changes need to be implemented in order to not to get extinct and to provide more variety.

This is important for example in the case of the Neo engines for which I may have made a marketing mistake. Revell models will be produced and thus these engines no longer will be required, this decision made me “waste” a very big ammount of time which I could have dedicated to other things, again, I am quite new into the airliner modeling and not up to date with what is being released. In this regard I am more focused on what I like and what other’s may like instead of searching which company made what, I always compare this to cars, a brand X will make a car and brand Y will design another but both will still be cars.
I have to say that despite of this, I am still not sure if I should discontinue the Neo engines because there is actually no point into having them, although I am pleased with the work done on these engines, economically speaking those who want to do a conversion will have a better deal purchasing a Neo Revell kit, I may still produce them until molds give up and depending on the demand.

Taking advantage of these technologies I mentioned at the beginning, my main goal is to renew completely the GSE catalogue (besides continuing producing new models) in three different scales; 1/72, 1/144 and 1/200. The 1/72 is a very big step, items in this category may be produced under demand because of the size (check out the comparision photo below of the model next to the 1/144 B767) mainly for BPK models and those who produce 1/72 airliners. 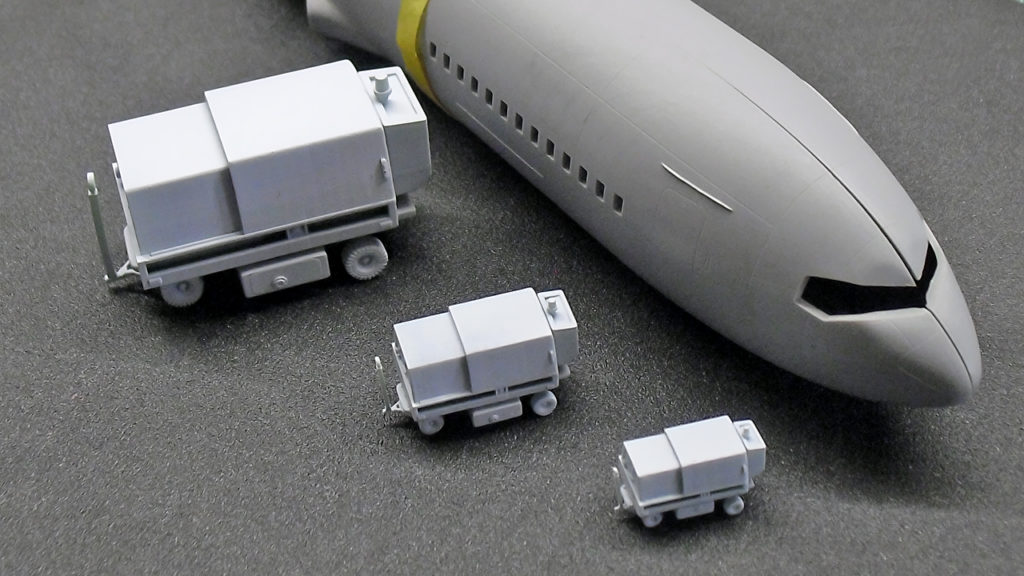 In between these scales I may also produce these models in 1/100 scale which aren’t that far appart from the 1/144 and thus won’t require too many adjustments.
Tests are still being done, but that is my main goal at the moment. Things will change a little bit, allowing me to make these items in more detail, in different sizes and with a better control over the stock. 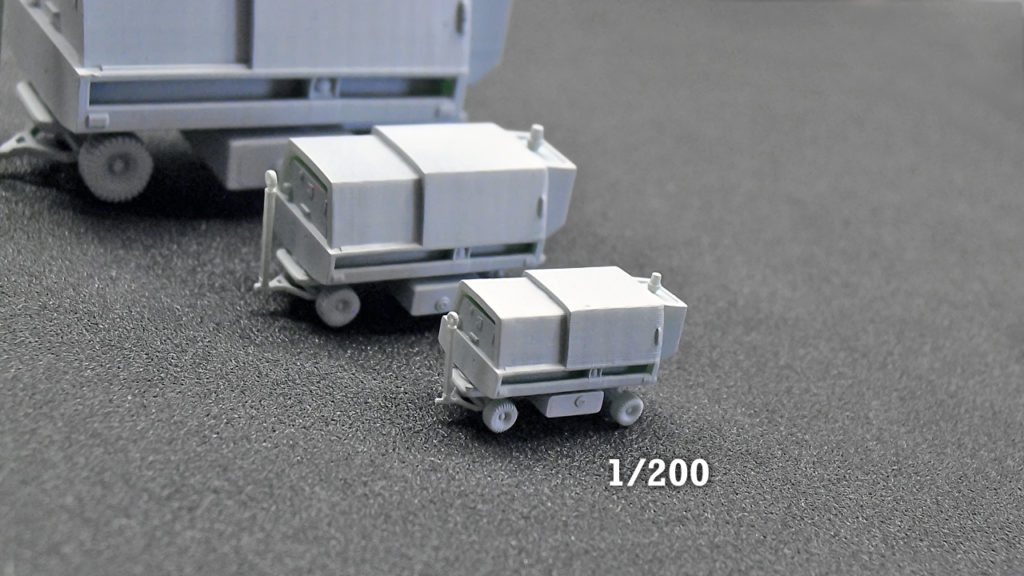 The Ground power unit C690 presented here still has some parts missing, photo etch is one of the materials that will still acompany these kits as well as decals. Some photo etched parts will be substituted by more solid items in the case of the tow bars of the baggage carts and trolleys for example. 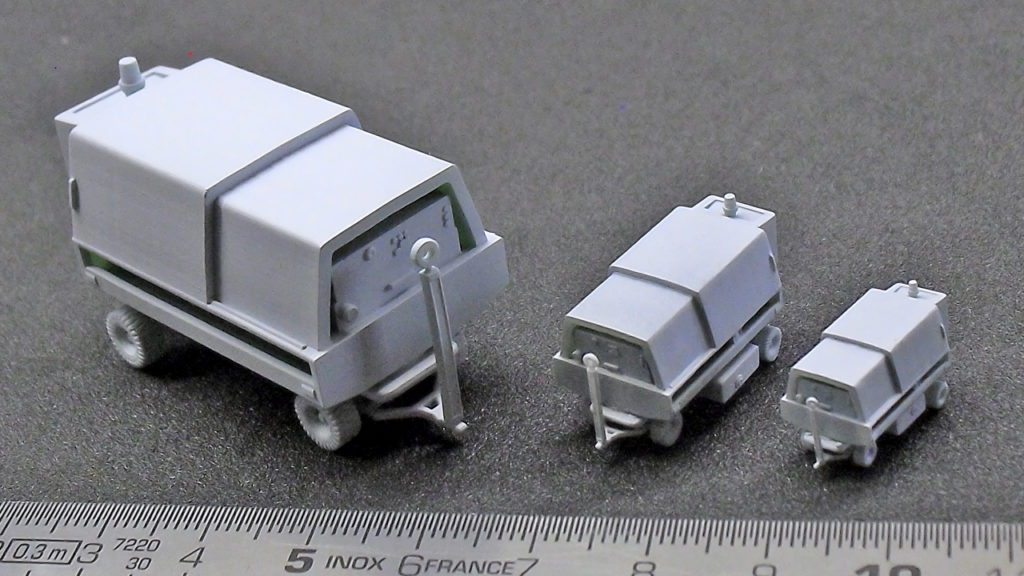 This will be a little bit long project, but at the moment I am working on the items that have already been made prior getting into the new ones such as the FMC15i Universal cargo loader and the hydrant dispenser. New Tugs will substitute the MA50 which is currently discontinnued.

This is another reason why there aren’t new livery decals at the moment and why the 777 / 787 decal sets are on pause, this process is taking me most of the time, so once things are more advanced and tested, I will resume the work with the decals.

If all the above goes well, I will also try to make a new series called “Figure series”; in a similar way as the GSE models, these figures will be produced in different scales and in different case scenarios, fuel loading with an actual worker holding the fuel hose, walk around situations, boarding and ramp workers.

It is still a bit early to tell if all of this will be possible, but so far things seems to work well, I am testing every single model that I make so once the entire catalog is tested, it will then be the time of this new sets to take place.

I am in the meanwhile still working on the 747-8F/-400F detail deck set, I have cut the fuselage into three sections having 6 parts. It makes things easier to assembly specially on regards the ceiling which is currently “built in” within the fuselage. Alligment is easier thanks to the ceiling which also works as a positioning reference point.

I am fine tuning the union of the fuselages and deciding on wether the deck should be mounted first and then added to one side of the fuselage or join the 3 halves of the fuselage and insert the deck portions into each. I tested this last method and deck fits tight, no issues.
Work will continue and once these adjustments are done, I will start to add the side wall and cargo holds panel details.

That is all for now! I am going to take a few days, a couple weeks, to clean, organize, paint the work place but will continue working on these items. Store remains open but stock will be limited to what there is.

Thank you all for the patience and reading this very long entry.

Wish you all a very peaceful summer holidays and for those like me who are suffering due this terrible heat and humidity, let’s hope December will be here soon 🙂