I would like to start this entry by thanking you sincerely for the help that I received due my last entry about the livery decals.
Thank you so much for taking the time to write and give me info that will be very helpful to me.

I would like to say that I finally found somebody who could print these decals for me and although I cannot write much about it yet, I have to say that their service and attention is beyond excellent and that I will be able to print them as I intended.

I will try to use the space as best as possible and thus make those details to be used for more than one model type, similar to what some manufacturers do with their injection kits.

Silk screening is another story, so costs of producing those decals need to be taken carefully into consideration, specially due the colors which are not going to be standard as my aim is for the details to suit better the scale (scale factor).

The detail sheets will be very similar to the decals I used to have, however, the whole artwork will require of a modification in order to suit better this type of printing and that means that it will take me a little bit of time to complete this.

At the moment I have all the information needed from the company to adjust all the decals so work has already begun.

I also aim for some specific customization and leave some options open for choice for the modeler, that means that I may be doing several photorealistic cockpit window decals and or passenger windows (so that if you have a small collection, window details are different for each aircraft, window shades will be distributed differently in those options).

The theory would be to make a selection from a button of the decal set in particular within the online store, this way the modeler will be able to customize the decal set with those minor selections.

The final product will be a combination of different decals, on one side there will be the whole aircraft details in silk screen with also some silver details and on the other side the livery itself which will be laser print. Laser print is a very good option as I saw with the previous decals, however this time I will be doing some testing to have those laser decals clear coated.

This gives me much more freedom to test-print as much as I need in order to match a certain livery color and do all sorts of different designs which would be imposible (I think) with sillk screening such as multicolored gradients (again, I am not 100% sure this can be done in silk screen), so I will try that the whole set is nicely balanced to also be cost effective, as it would be impossible for me to have the liveries silk screened too, particularly due the amount of detail (space area) already in the set, it would be nearly bigger than an A4 sheet for the bigger airliners.
I also take into consideration the clear windows and the possibility of leaving the silver window frames separately, trying to give as many options as possible to the modeler.

Again, the area is somehow a bit more limited than it was before, so maybe some specific decals such as the weathered emergency exit markings on the wings of the A320 set may be removed or added separately on the laser sheet.

The important is that this project is moving forward and I hope to write more news about it once things are more advanced, so far the artwork is now being adjusted for silk screening.

On another note, there will be restocking of some of the GSE models at the end of the week as production has begun a week ago and continuing on thus more units will be produced of the rest of the items.
At the same time I would like to say that the country list where I can ship has been updated.

Thank you all very much for your support and for your time.
Best wishes,
Guillem

These are June’s new livery decal releases which include some special and new A350-900’s:

Air China A350 with the Star Alliance livery:

At the same time I wanted to mention that I am currently working on a new chasis for the 1/144 catering truck. Reason for this being several mishaps in the casting process that lead me to design a new chasis that could allow a) a better experience, b) a more solid and stright forward system and c) a better/easier casting process.

This was due wrong preparation of the original parts prior creating the molds, this time I decided to use a “roller” system which is very similar to the actual sill mechanism on the real catering trucks. Will post pictures of a finished chasis/truck with these new parts and update the instruction illustrations. 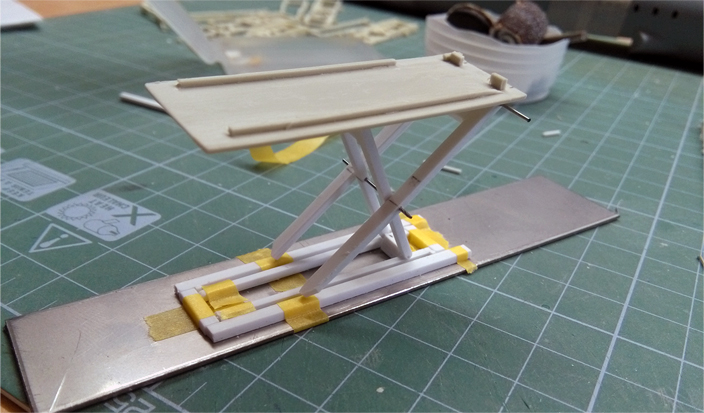 Wish you all a happy weekend!

Finally after several days of practically non stop, the livery decals are available. I must admit that there aren’t as many quantities as I wanted just yet, one of each isn’t much, but because it is the start, quantities are a little bit limited.
As I still don’t know very well which livery will be requested most, more stock will eventually be produced. There is more material on the way, it is a start, so it is my goal to keep these available, so part of this update is to say that from now on, availability of these will be more frequent.

I wanted to share a few photos that I took of the first prints, I really hope that these will be of your liking. You will find more at the store for every specific livery. 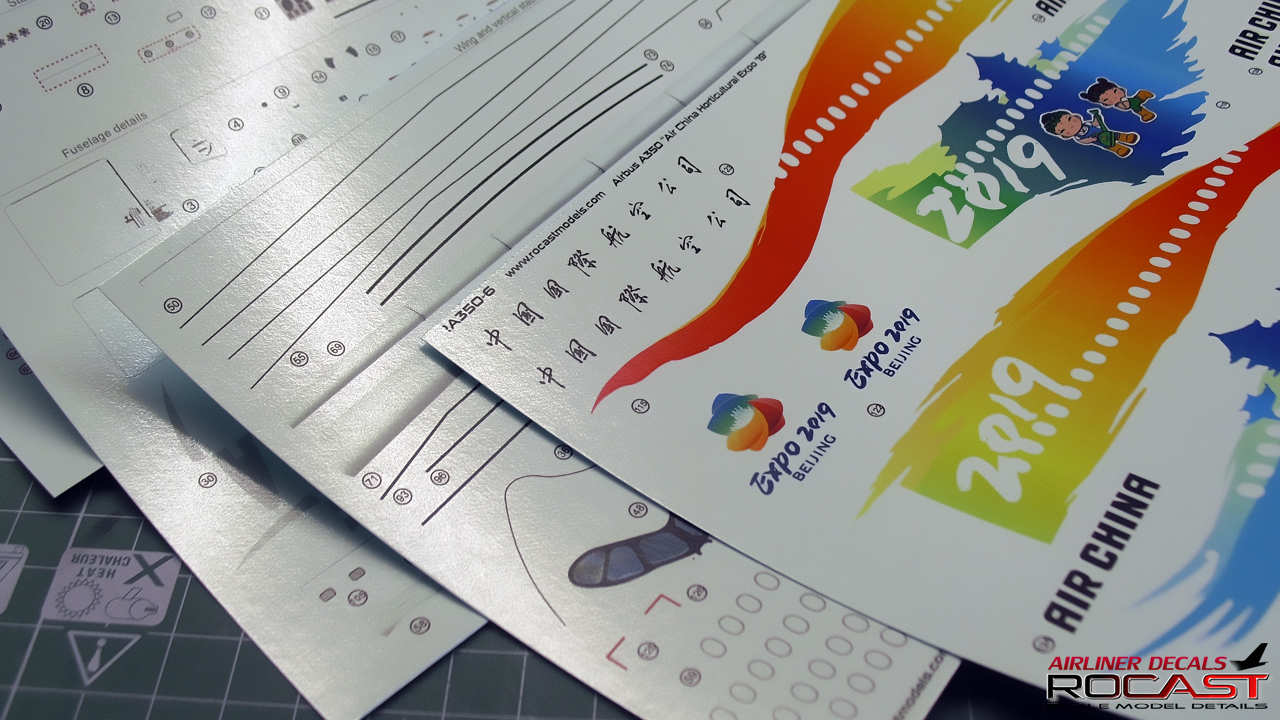 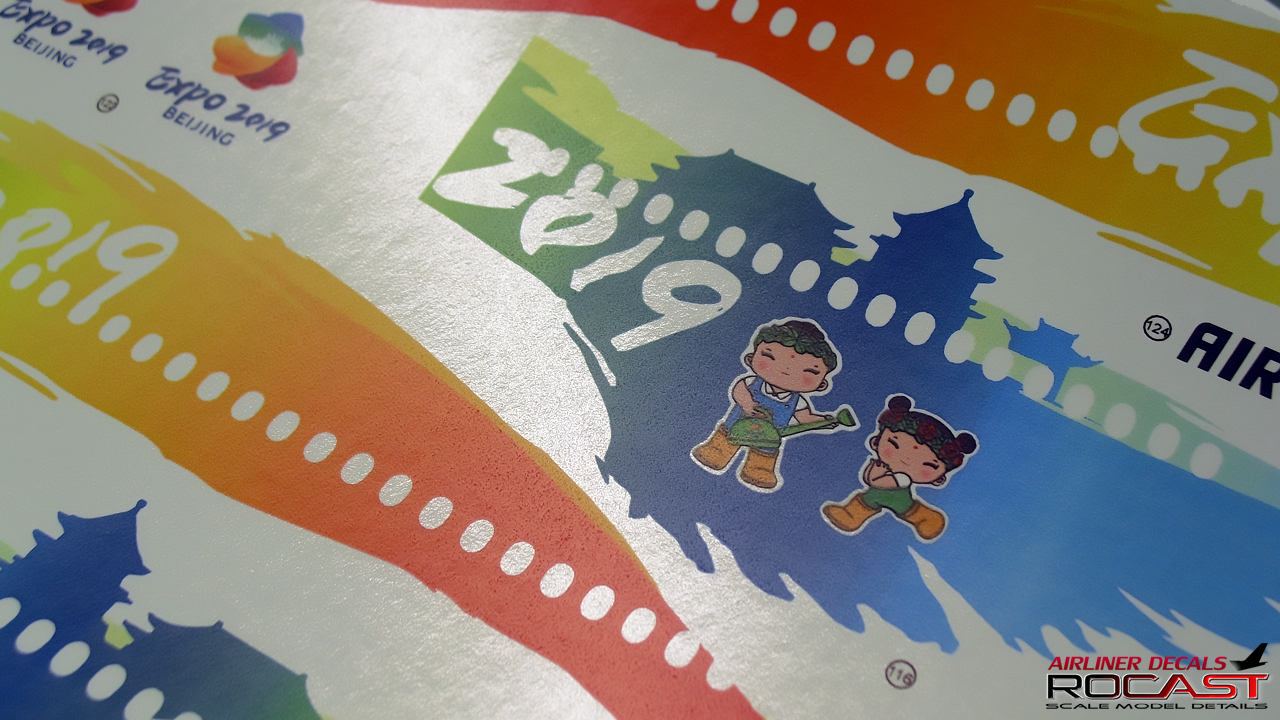 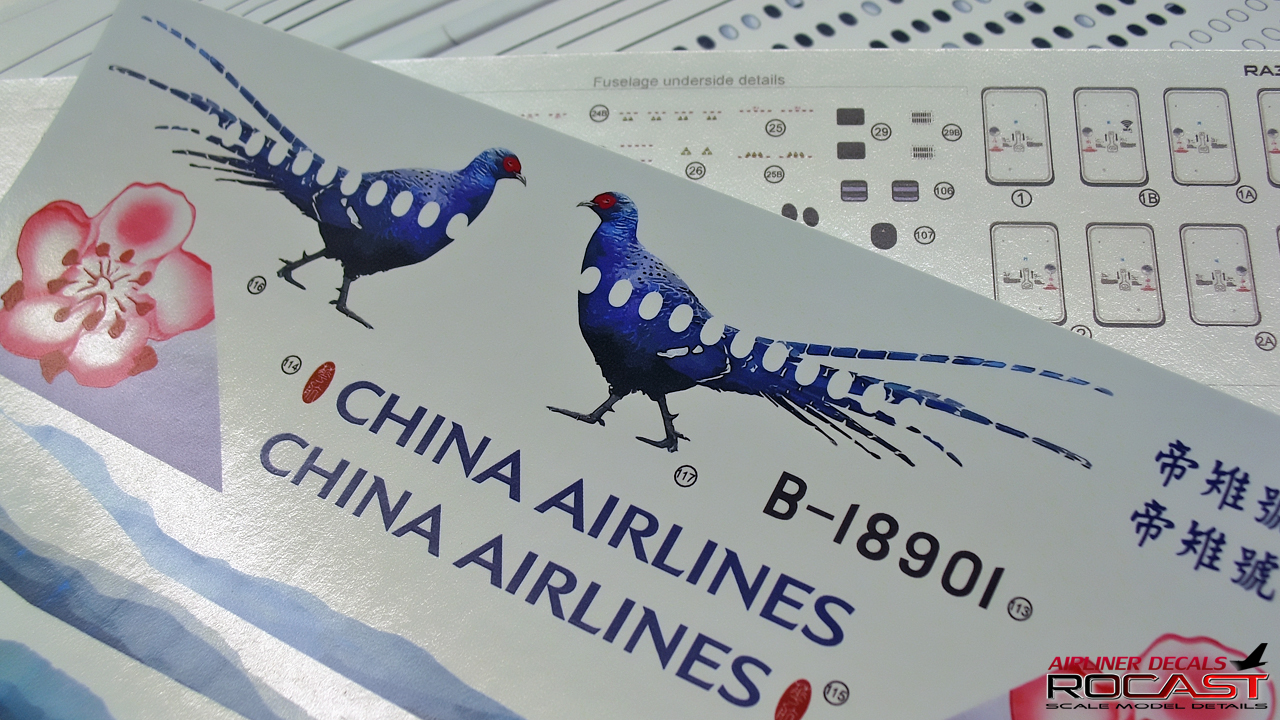 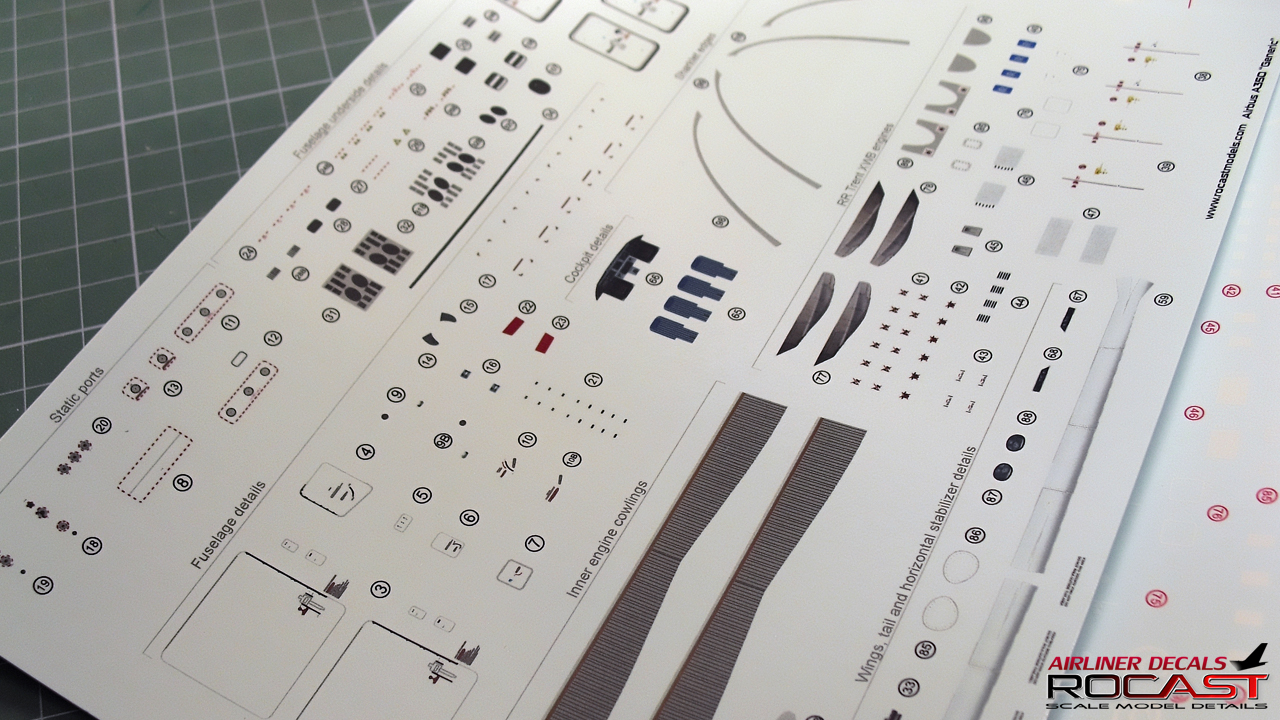 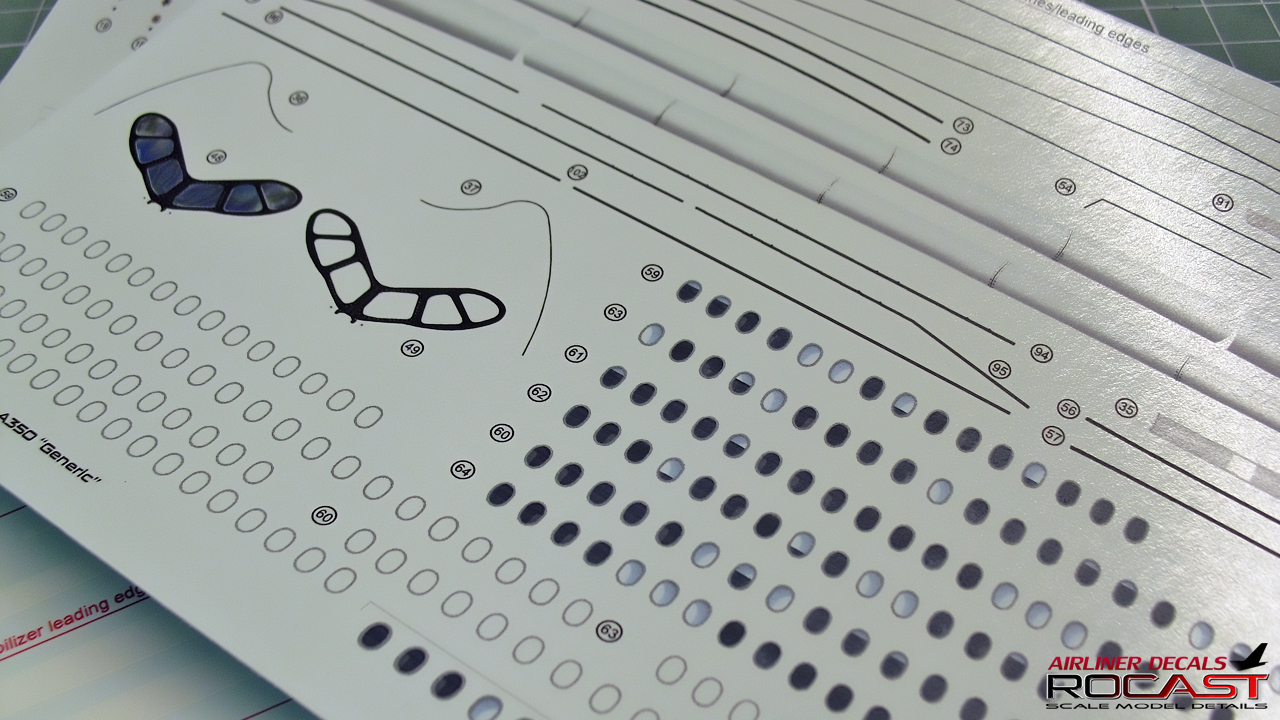 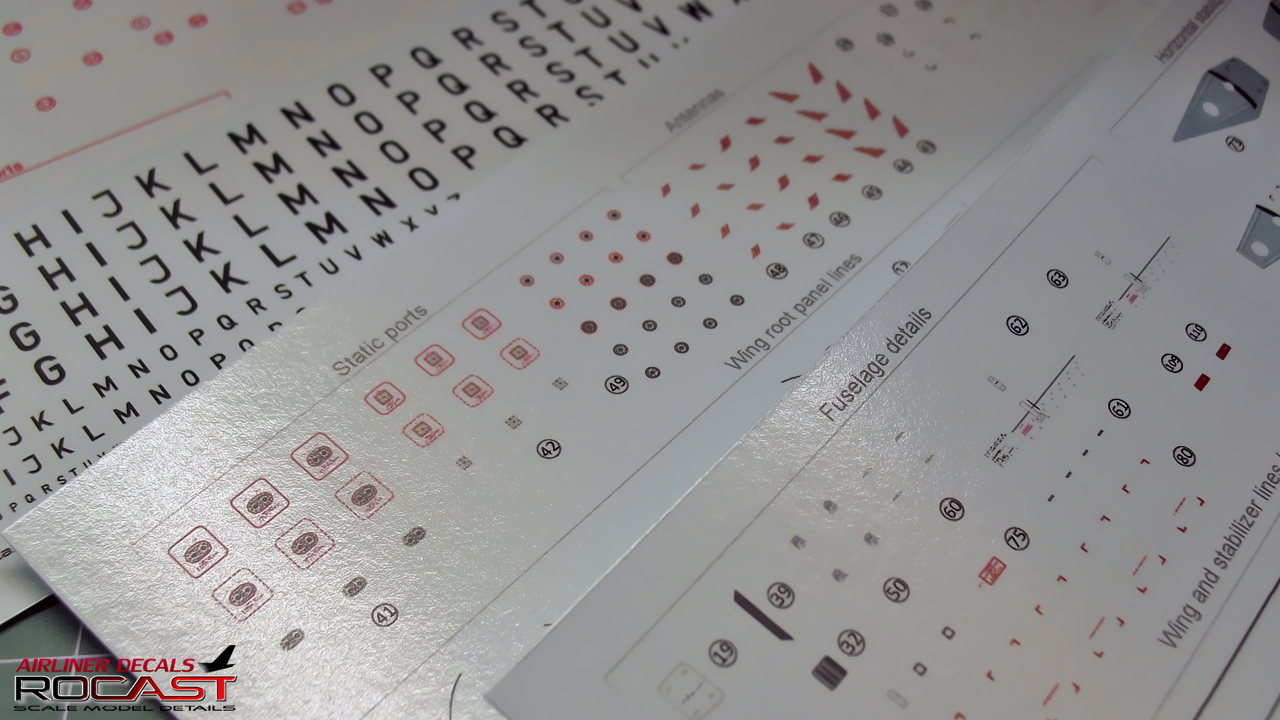 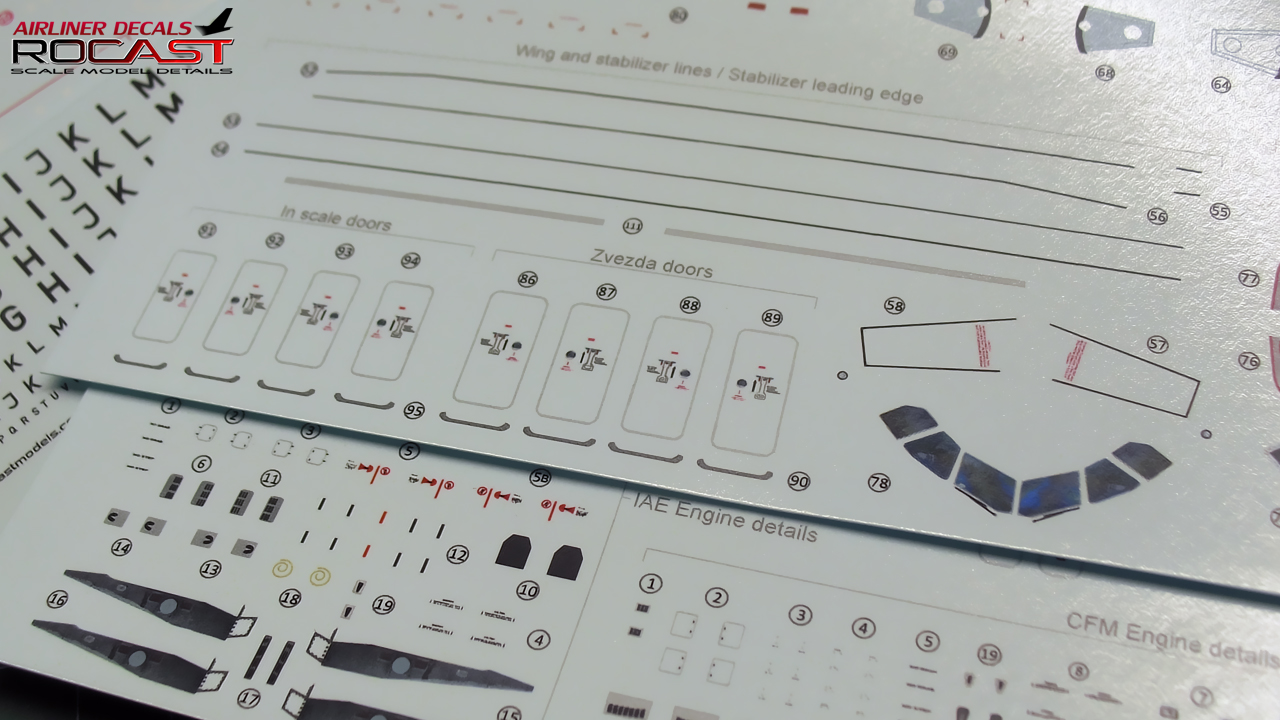 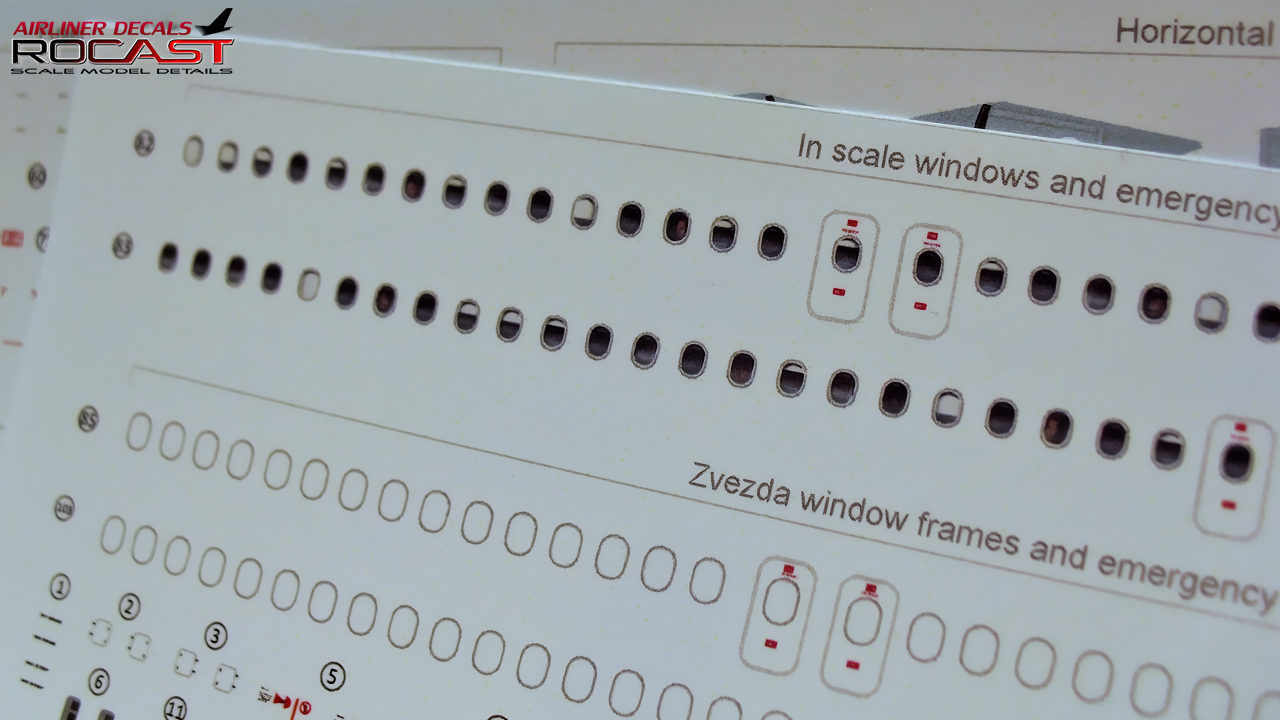 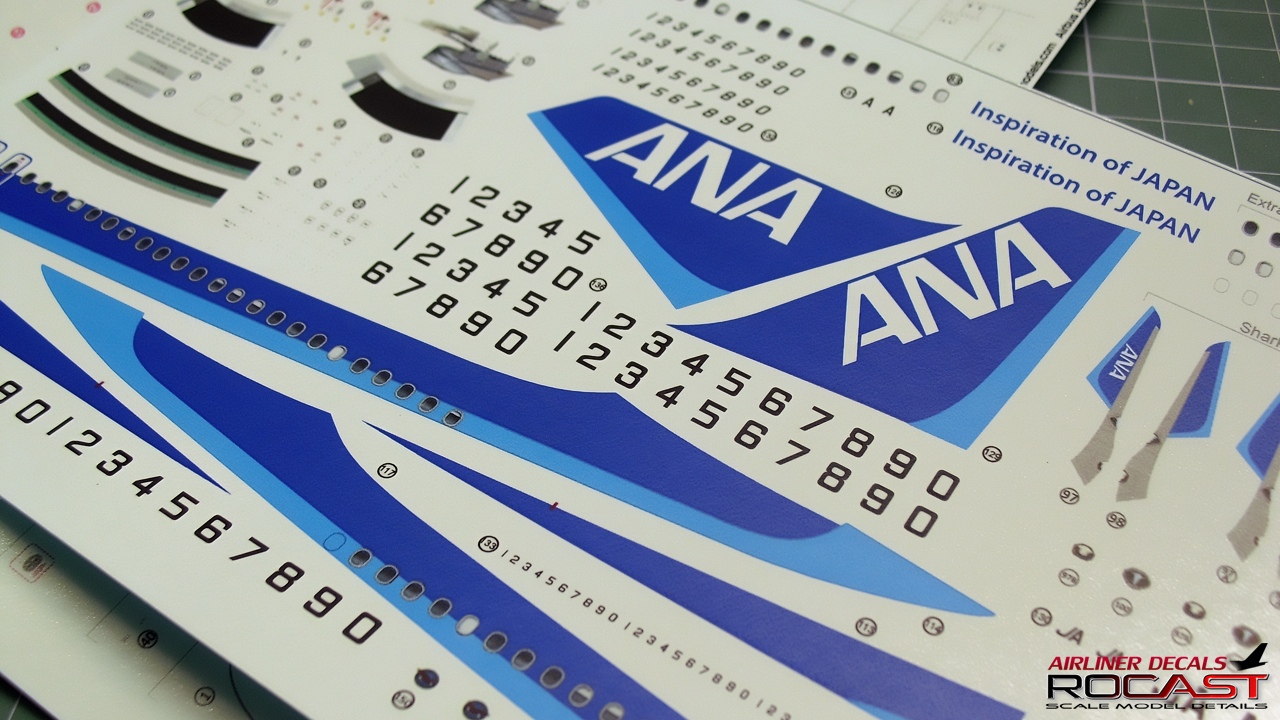 Work will continue this weekend with the LEAP-1A engine and I am also going to do a review and a list on steps that have to be done next with the B737 cockpit project.

Last weekend I wasn’t able to work and give an update on the 747 cargo and Leap-1A projects since I am very busy working with the decals. Everything is being finished and printing will start very soon as decals will be available on Friday.

I have been writing down some extra information for certain decal sets in which I give a tip for that specific livery on how to place a particular decal, specially cheatlines. I wanted to give as much information as possible.

Three new liveries will be available; the A350 Air China “Horticultural Expo ’19” colors, the Hong Kong Express A320Neo and the Brussels Airlines A320.

All other liveries will also be available with the exception of  the A320 Lufthansa “Starhansa”. 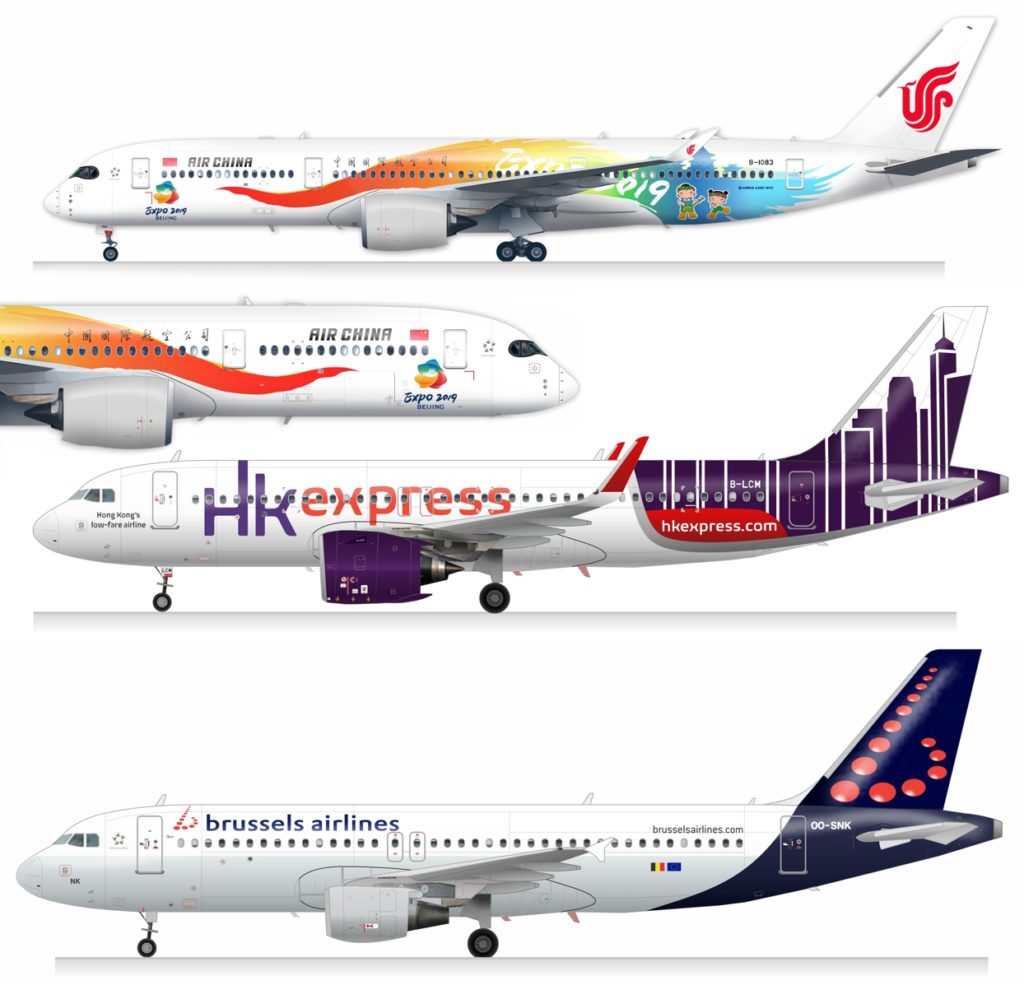 I will be updating the product images during the week.
I have been doing lots of testing during the last months and set up the decals to be printed as best as possible, I really hope you will like these decals!

Finally I have been able to finish what was the decisive decal test, the A320Neo Hong Kong Express. I can’t say it is a project I enjoyed because I was feeling that everything was being delayed. This model should have been finished at least a couple weeks ago, but I had some issues with the approach I took to place the decals and I had to re make the model.

It is not perfect, I think the Zvezda kit does not only have the windows too big, but they are also too high, it was a mistake to follow their height but overall I am satisfied with the decals and this was a final test for them. I have to reduce a little bit the nose door registration, the green line decal inside the engines has also been modified afterwards to have a more saturated color.
Since this was supposed to be a quick out of box build, I did not do a mixture for the purple color, I used the best match I had on my shelf but the “Hk” decal is actually a closer match to the real aircraft rather than the paint I used for the tail and engines.

I can see that the decal sets will be bigger than an A4 sheet since I will be including enough decals for the white underneath the needed colors. The instructions also have to be redesigned in order to point where white underlaying goes and other tips for more complex liveries as well as a black/white decal layout to see everything in detail.
Since this film carrier is very thin, it is not troublesome to use white layers first for some specific areas because the decal dries and sticks to the surface very easily and rather quickly. So far this kind of film is the thinnest one I ever tried and it practically does not show the edge around the cut, at the same time, the film is very resistant. As always with all decals, placing the decal must be done with still the backing paper holding it and on the airplane surface just sliding the decal to place to avoid the decal to fold itself.

As you can see from the photos, this model also features my previously made PW Neo engines which include photo realistic pylon decals. After the completion of this model I can finally start working on the LEAP-1A engine.

Next step will be to finally resume the projects I have started and start the LEAP-1A engines. I will also be making more units of the out stock items so I hope to set them available in due time. I expect to have the livery decals available a month from now as I have to do these minor modifications to the instructions as well as print everything.

Hopefully I can upload some progress on the current projects on next week!

Thank you all for reading!

I have been and still working on the Hong Kong Express A320Neo which I hope to have finished during the next weekend. I had to start over because I did not like how the project was going, my first approach was wrong and I am not sure why I did not do as I did with the China Airlines A350.

Here is an example of what was done: 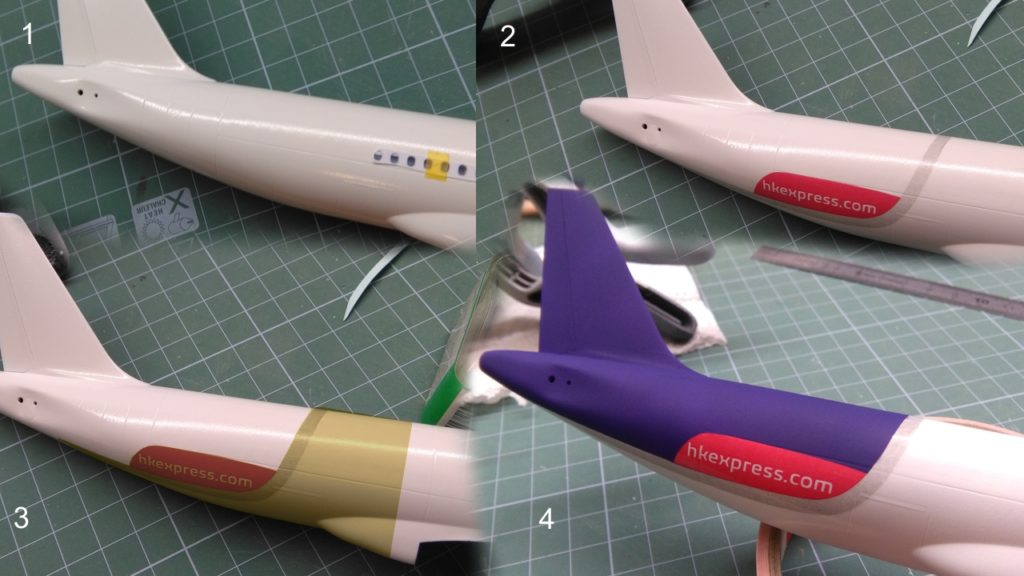 1- I placed the windows with normal paper to check where the cheatline goes, you can also do this by simply adding the windows decal first.

2- I added the cheatline decal and hkexpress.com logos.

3- I clearcoated (and this is very important) so that I could protect the decal from the masking tape and I masked all around the cheatline and logo.

4- Once the masking was done, I painted the tail section.

While adding the cheatlines, it is very important to keep a good symmetry for both sides, a good reference can be the panel lines.

Currently the model is 85% decaled and so far so good, did not have any issues with the decals which is a good sign, I did a quite extensive test on this model and I am very happy with this decal paper, this was a really important test for me.

I hope to have this finished by the end of the week as I am really excited to continue with the current projects as well as start the LEAP engines.
Very busy days but I will get back on track again and prepare more stock units once this A320Neo is completed.