I have finally finished the cargo loader and I am pleased to be sharing some photos of it. It has been quite a tedious work to do this, it all became more challenging once I decided for the bridge and platform to move up and down.

Naturally, this is a scale model with very small details, hence one must not be playing with it, the reason why I made the bridge and platform to move up and down was in order for the modeler to fit it from the smallest aircraft to the bigger widebodies.

The bridge can actually rise up more than what the real model actually does, however, there are several “stoppers” or “blockers” that I mentioned in my previous entry so that the modeler can adjust the bridge at the desired height, bearing in mind (as the instructions explain) that the max height should be 24mm.
These “blockers” where a need to avoid the bridge to fall down by its own weight, for the platform, there are also a kind of “stoppers” but that for this example, I did not need to use as the whole thing is quite “tight” and so the platform, thanks to the 0,7mm brass rod can hold its weight nicely. 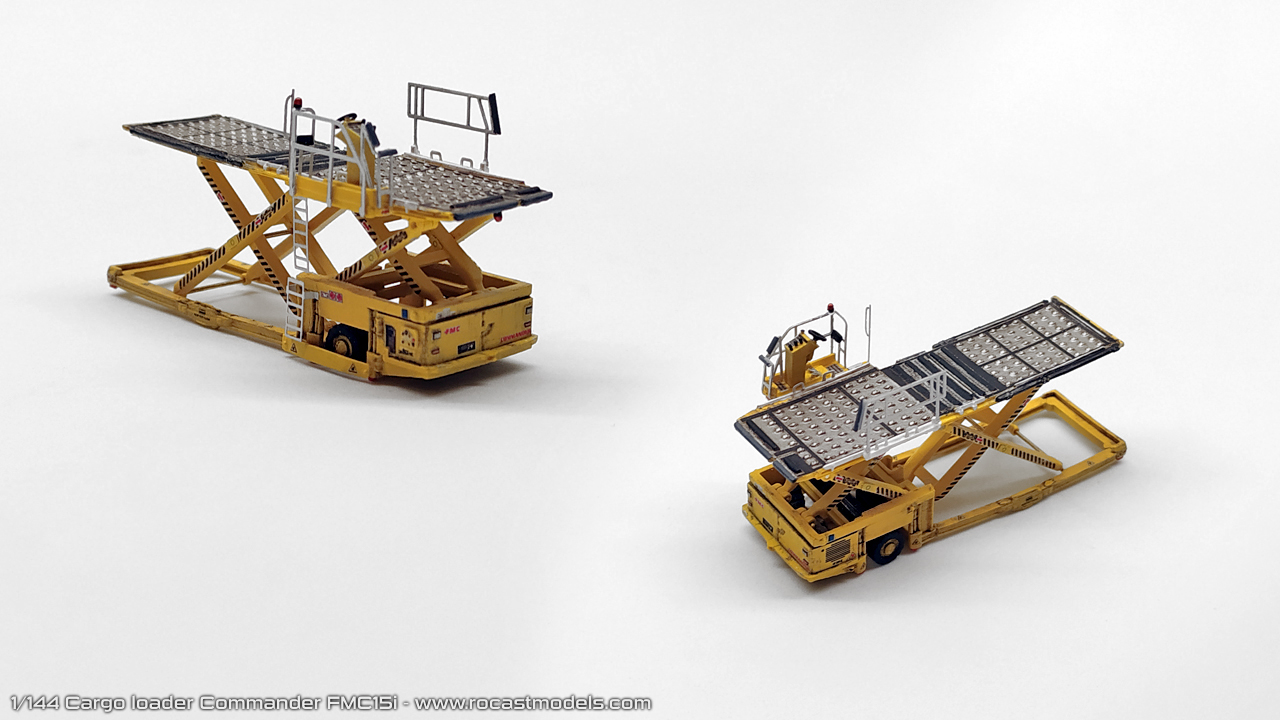 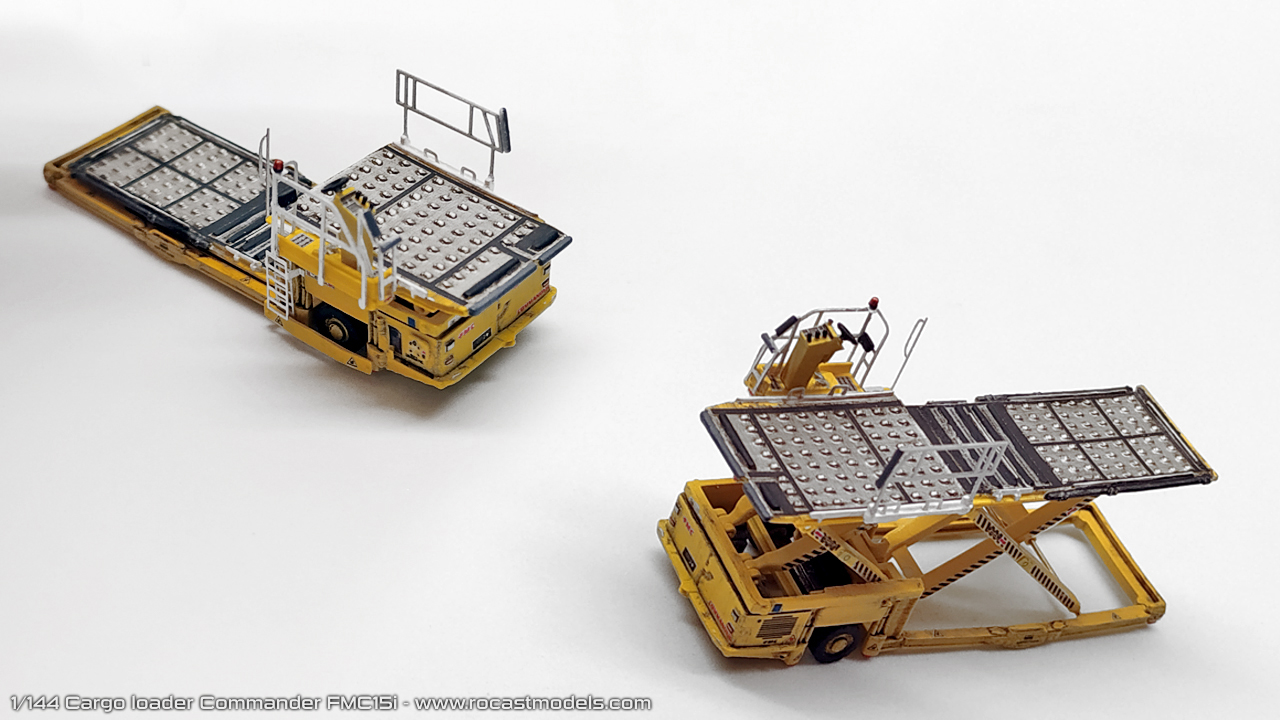 The reason of this delay was caused by the photo etch, I have been trying and trying to make it using a 0,25mm brass sheet this time, but it was impossible to have successful results with it, so I ended up modifying the design by using the 0,12mm and double sided handrails, meaning that by bending one side with the other, you get a 0,24mm handrail which gives it a more realistic thickness. This is also good for me when producing, as I will be able to put all the photo etched parts on the same sheet.

The model in this example was weathered with oils, I wanted to use them to highlight some details such as the engine compartment hinges, and some panel lines.

The black horizontal and vertical thin lines on the bridge and platform are one of the several decals included in the set. 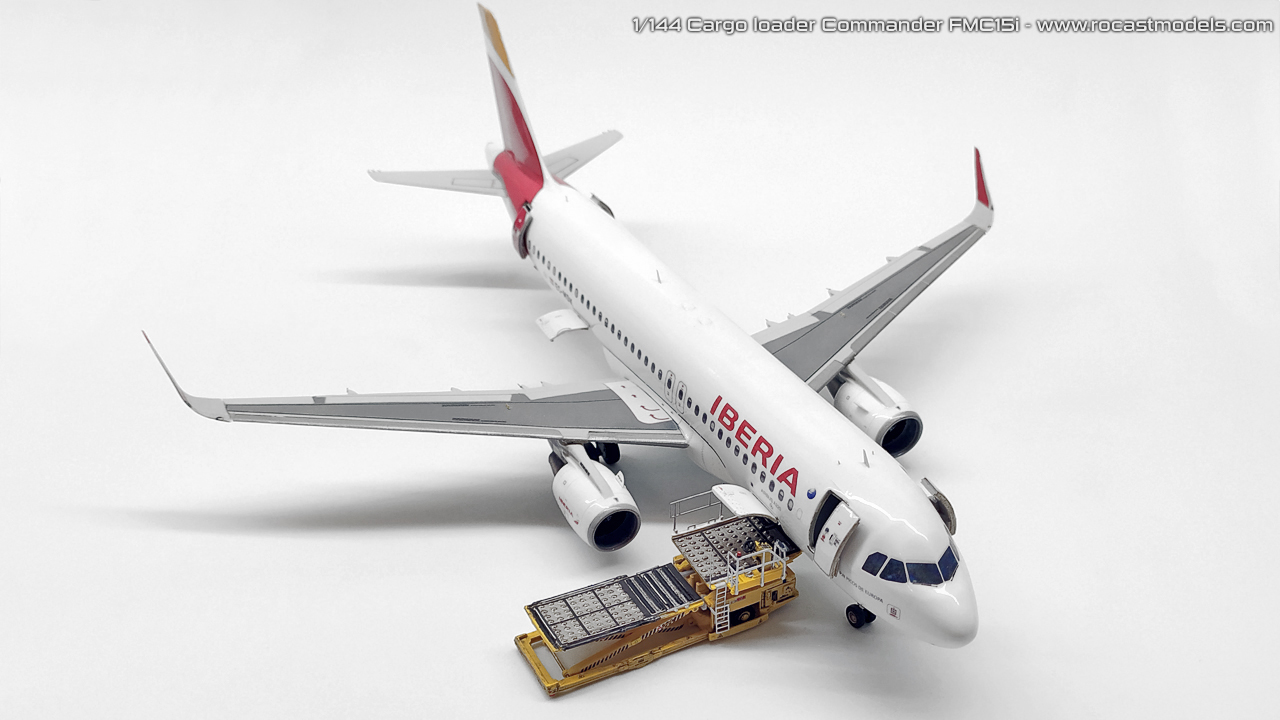 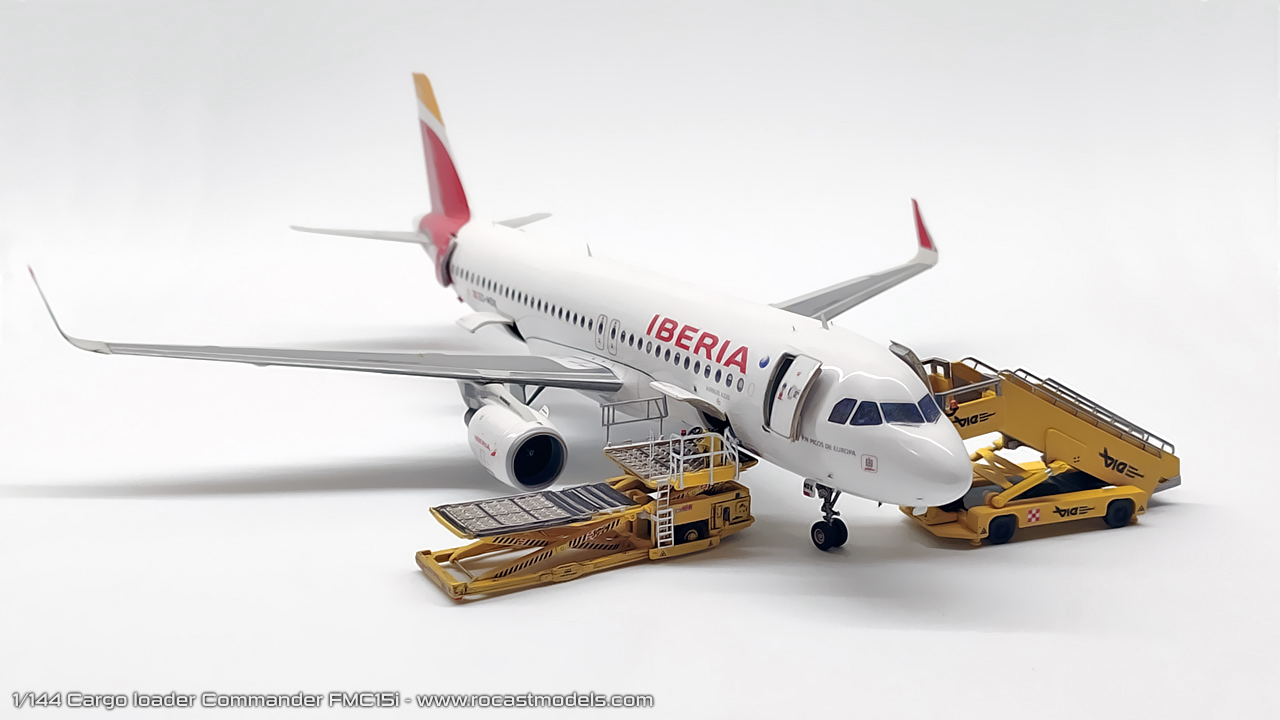 Some items that I would like to make regarding this cargo scenario are; figures and a container transporter. These two are going to be a release for next year, prior working on the next mid term project, the catering truck.
I am also planning to make a double scissor version so that the cargo loader can reach the bigger airplanes main cargo doors, as 2021 is also going to be the year I plan to hopefully have the B747 cargo set ready. 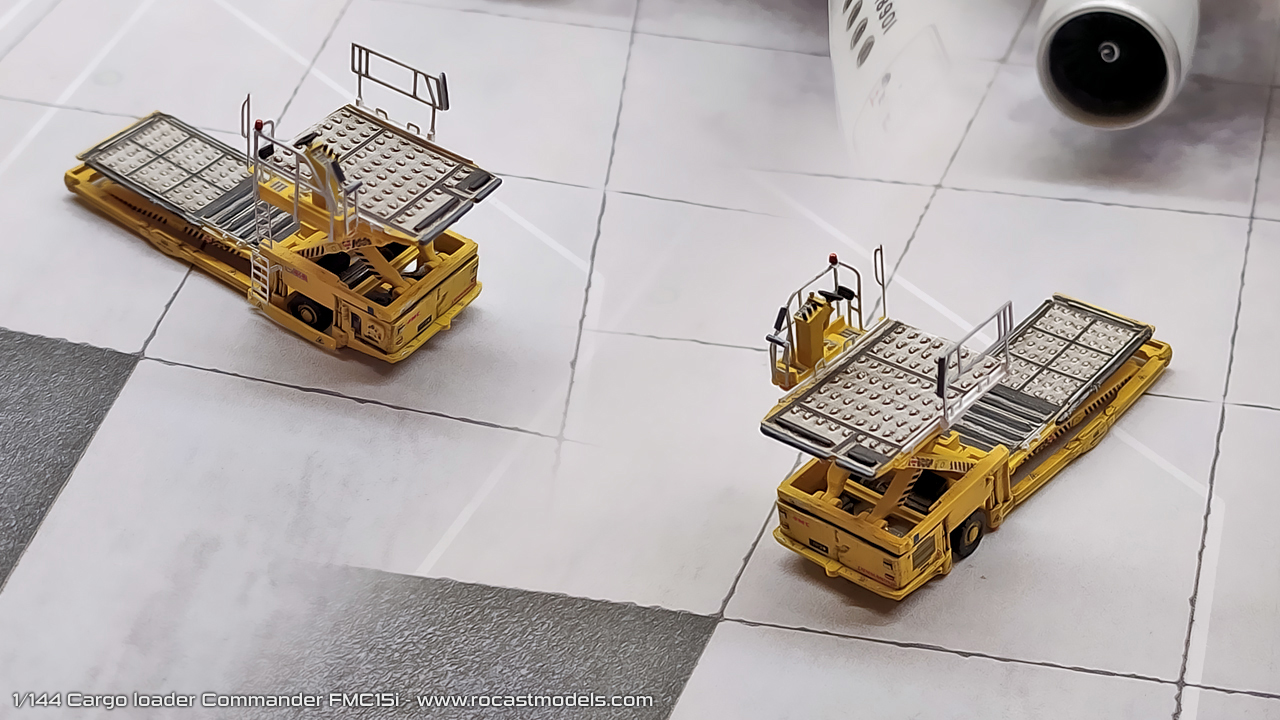 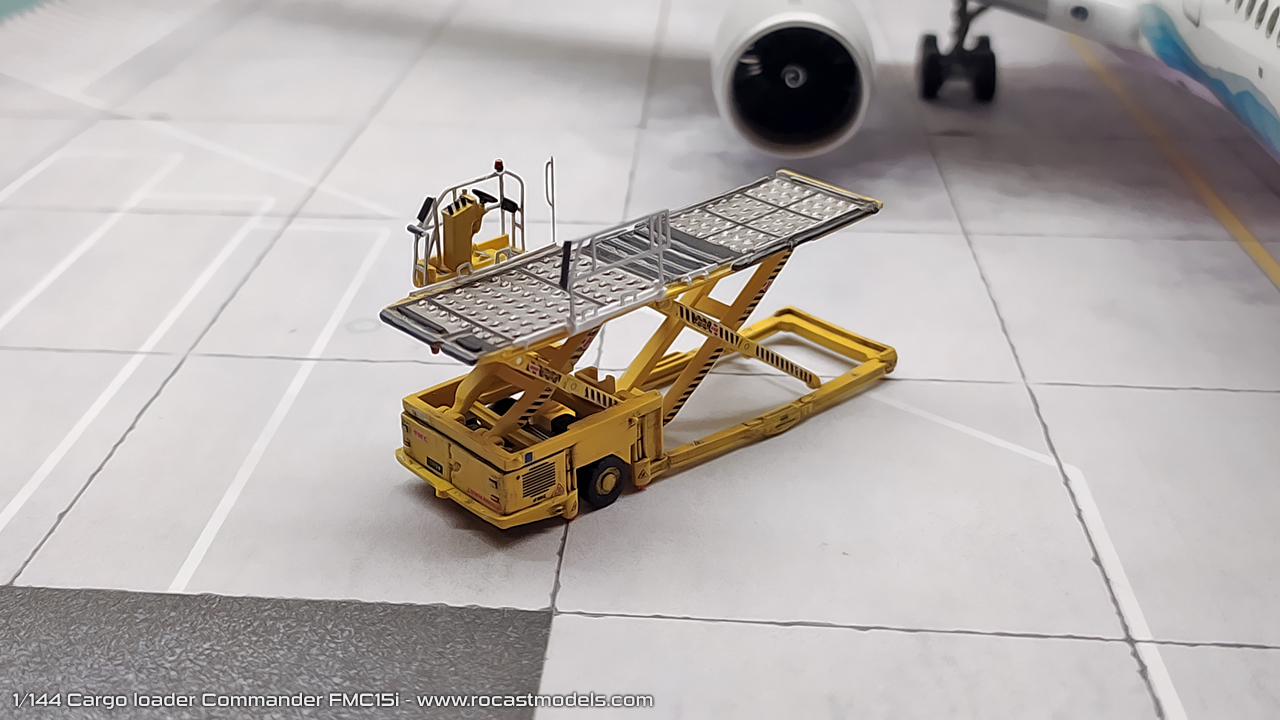 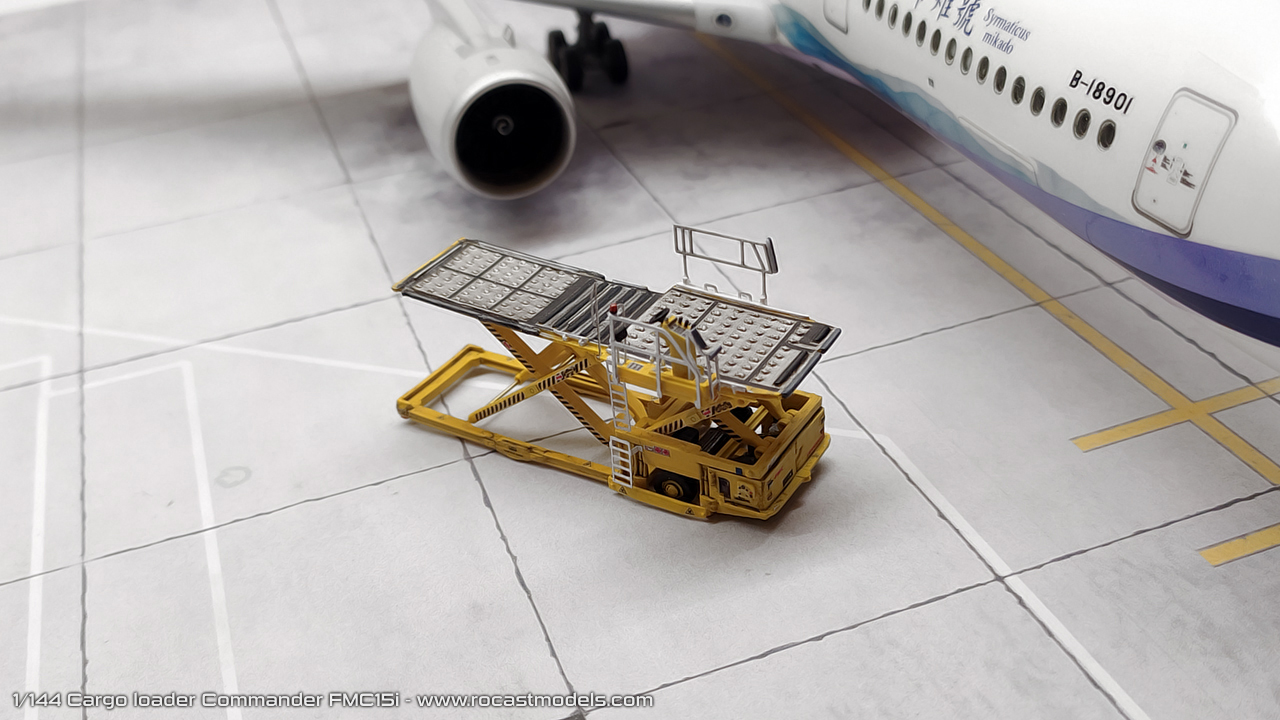 The instructions for this model are nearly completed, they had to be very precise as some steps were important to do right, therefore some extra time was dedicated to this. 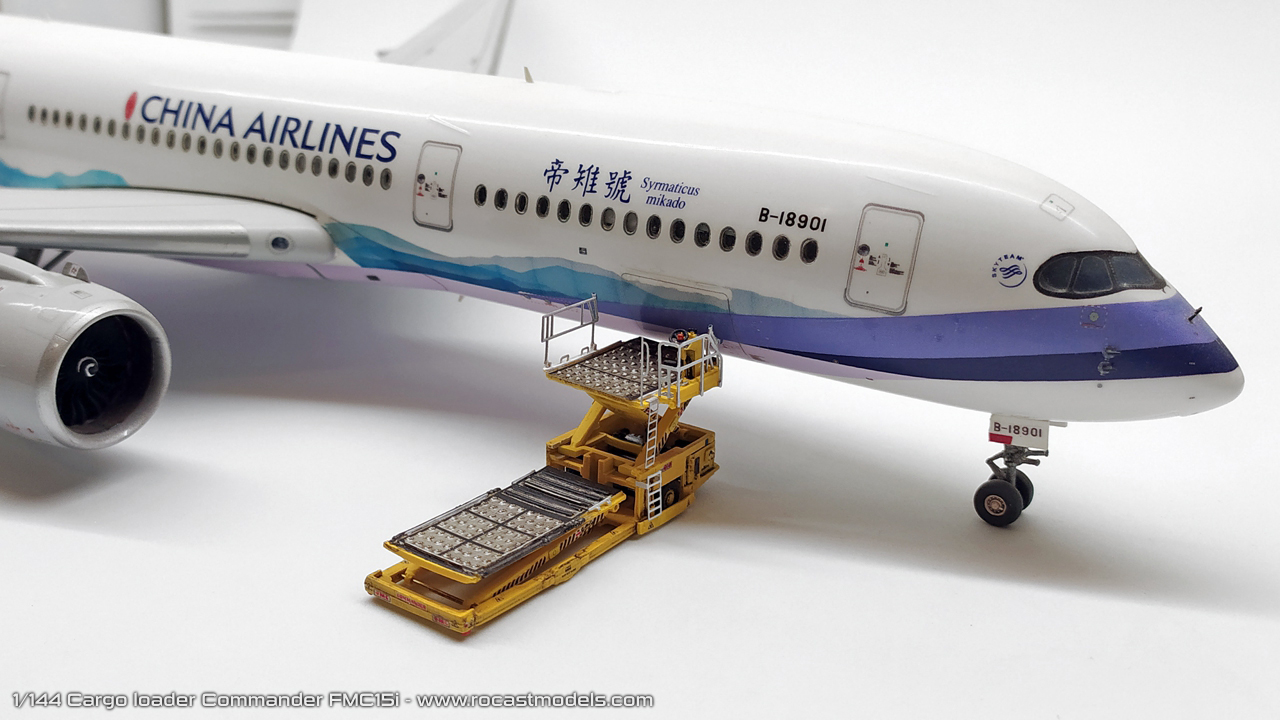 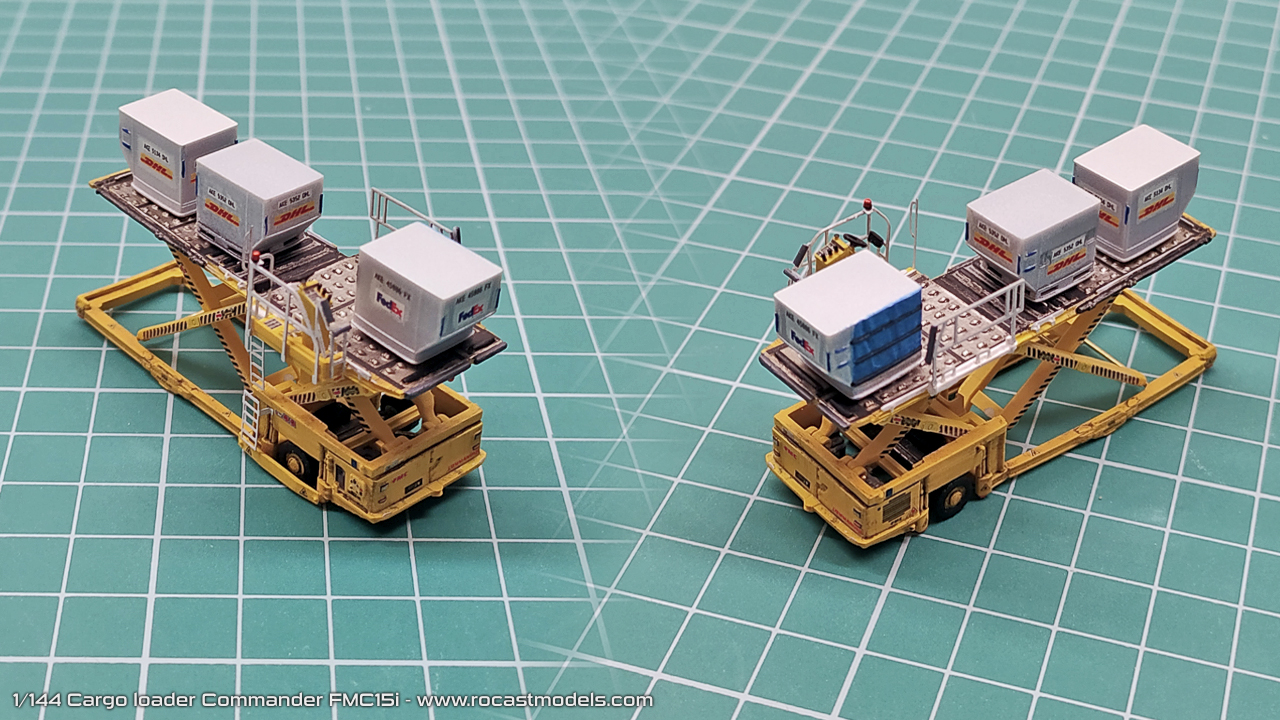 The release date for this model is going to be December 21st, I wanted to have it earlier, but all the last minute complications made me push the release date a couple weeks later.

For the 21st I am also planning on having more items back in stock, for some I will prepare more units than others, but overall I hope to have all the items available. There will be more units of the stairs truck, worker figures as well as crew and passengers.

The objective is to release the 787 galleys on the same day, so the next couple weeks will be very intense in order to have things ready.

I did not want to finish this entry without mentioning and thanking my friend Michael who has been incredibly kind to help me do this model as accurate as possible. He took hundreds of photos of the real thing for me as well as specific measurements that really helped me a lot to create this, for instance, the size of the scissors bars is the same as the real model reduced to 1/144 scale. 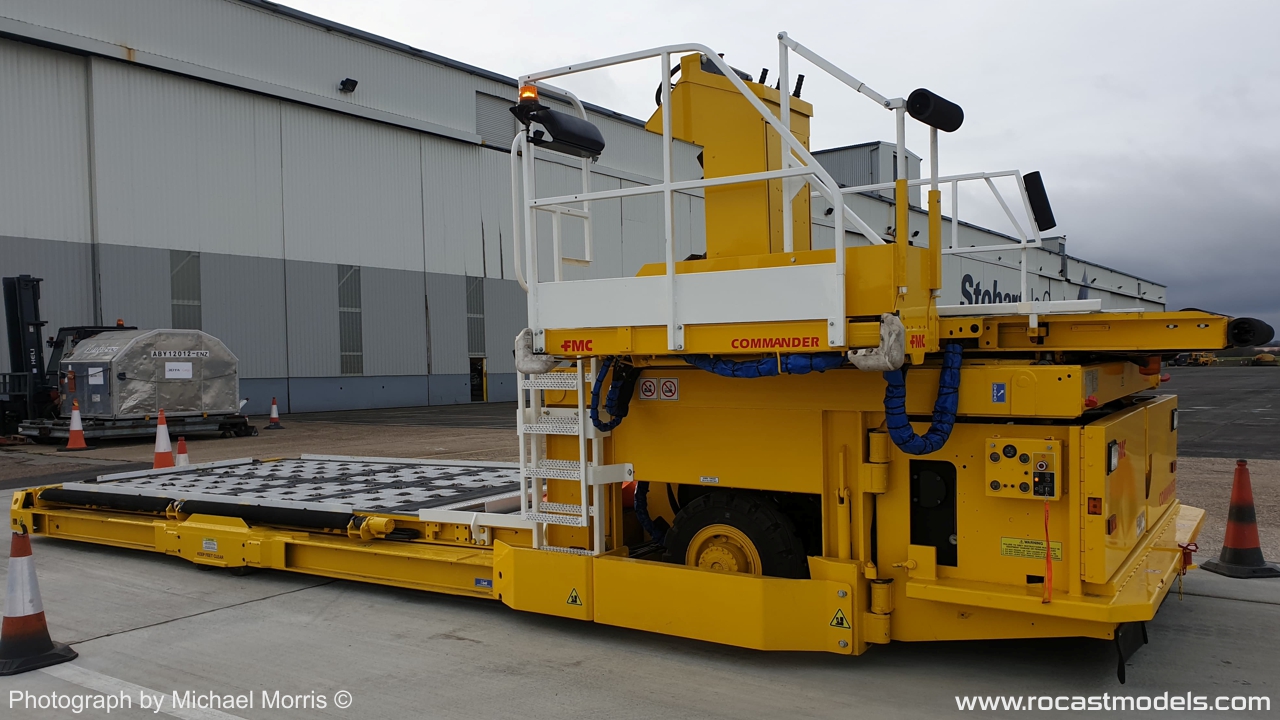 The small size of the model in this 1/144 scale has limited a lot the quantity of details I wanted to include, however, the 3D model was recreated as detailed as possible thanks to the reference photos, so this will allow for a more detailed 1/72 version that will be done in the future.

That is all for now! I hope to be able to update the blog with more news on regards the current production of these models, but as I mentioned, the release date is set to December 21st.