This weekend I have been working on the LEAP-1A engines after having made the P&W set for the A320 family, and I thought to share how is the progress so far.

Before I show the pictures of the work done, I want to show one that ilustrates the basic physical differences between both engine models: 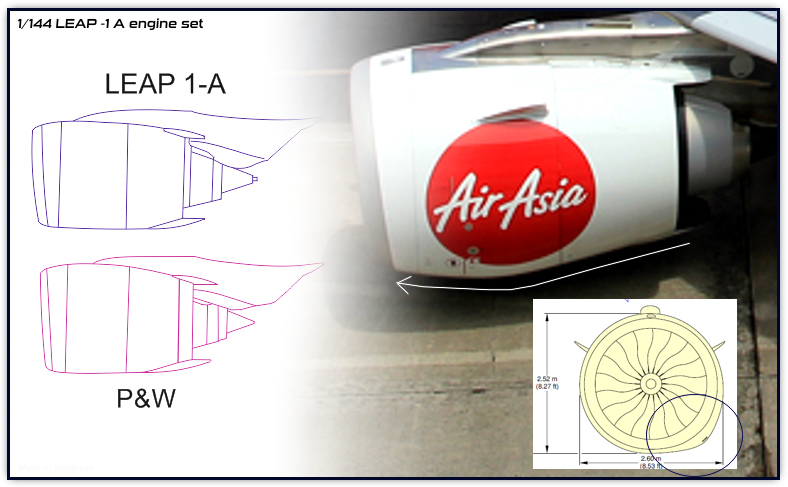 As you can see, both engines are quite different when examined carefully, it may be easy to not to know which engine is which on a real aircraft at first glance, so one of the things I do to differentiate both engines is to look at the nozzle tip. The LEAP-1A has a little protuberant tube whereas the P&W don’t.

The LEAP-1A also features a very different shape on one of the sides of the cowl creating a kind of a lump. There are many other differences on the pylons as well, being the one for the LEAP-1A  a little bit longer. I am working on the shape with the real dimensions of the engines.

Here is one of the first steps that I’ve done: 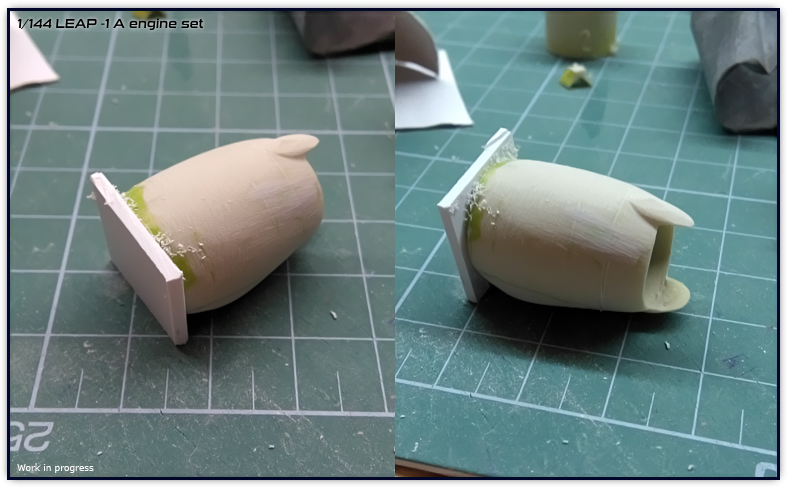 I started by using one of the basic shapes of the P&W and modified accordingly, the outer ring is also wider on the LEAP-1A so I was trying to make that area while afterwards I realized that there wasn’t enough material on the inside to give it the proper thickness.

So I decided to sand down kowing that I was also making the engine shorter, what I did later was to add an extension in the middle to get back the distance I “ate” sanding that down. 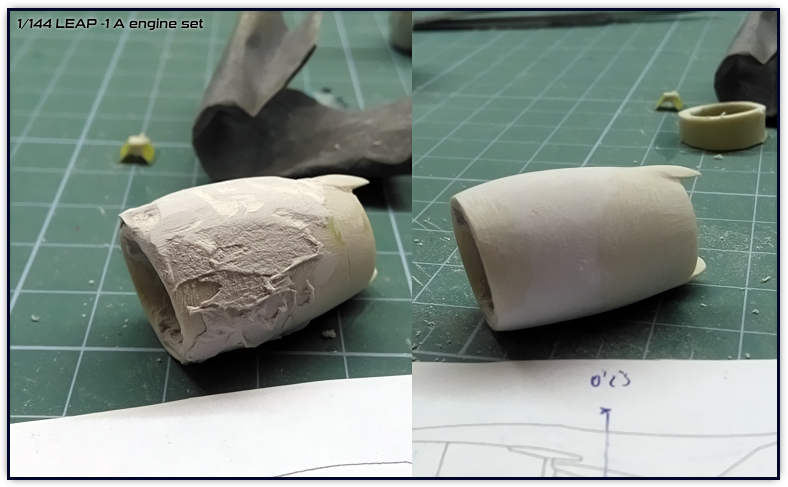 At the moment the engine does not have that lump as it had in the second picture, but there is the main shape done, however yet to be polished and to have added the lump as well as other details. 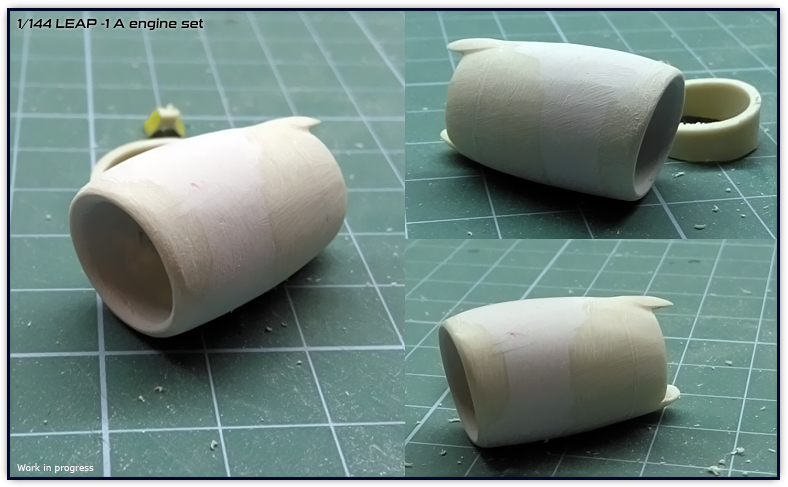 I casted the engine as it is because that is the master part, if anything wrong happens to it, there is a chance of having to start all over again. This is a process that I do in certain circumstances pretty much like a “backup copy” so that in case anything wrong happens, you can go back to a certain point of the process.

There is still a lot of work to do, although I have used the basics of the P&W engine, after the cut I had to do, only a 20% remains from that engine and this will also be modified somehow, what I wanted is to make use of the P&W in order to have a “skeleton”, a basic shape to start working with.

You can also notice that the LEAP-1A is a bit flatter than the P&W whereas the P&W seems to be more rounded towards the end of the cowl, it has a more remarked slope.

Still a lot to do, but I hope this one won’t take me as much time as the previous engines did!