I have finally managed to finish the double sill for the Commander FMC15i model, this variant is officially known as “Universal”. 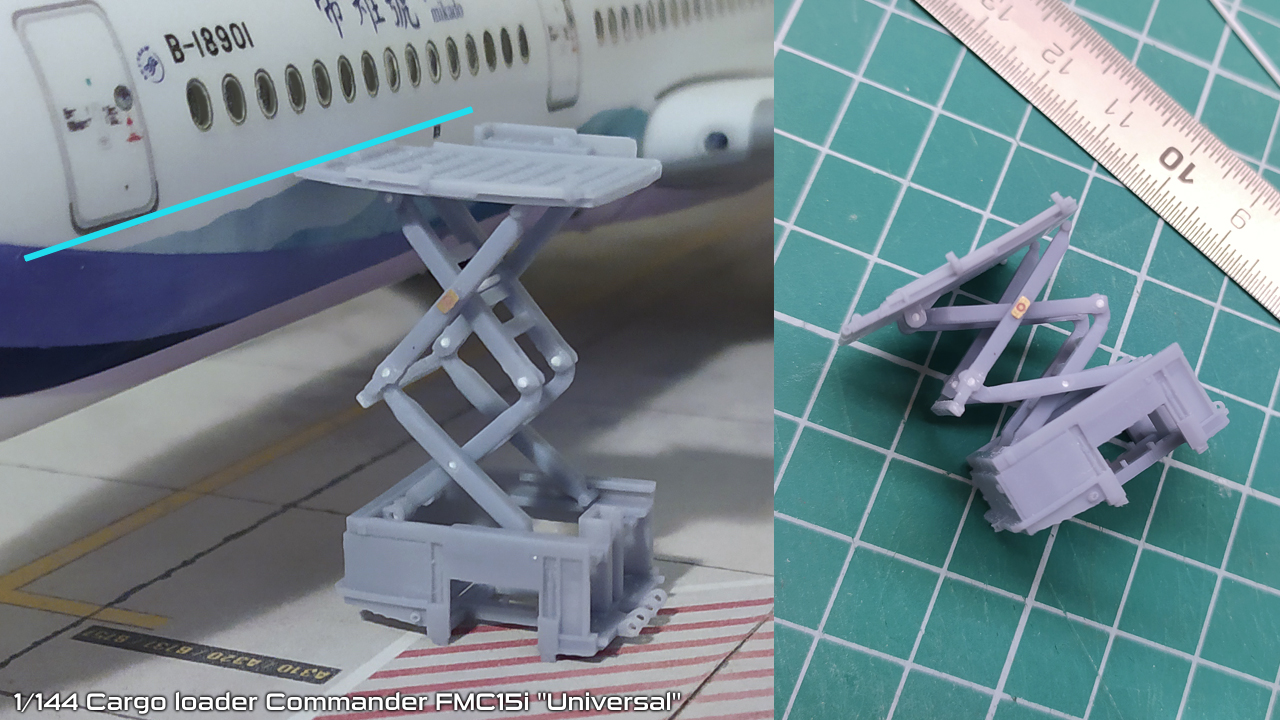 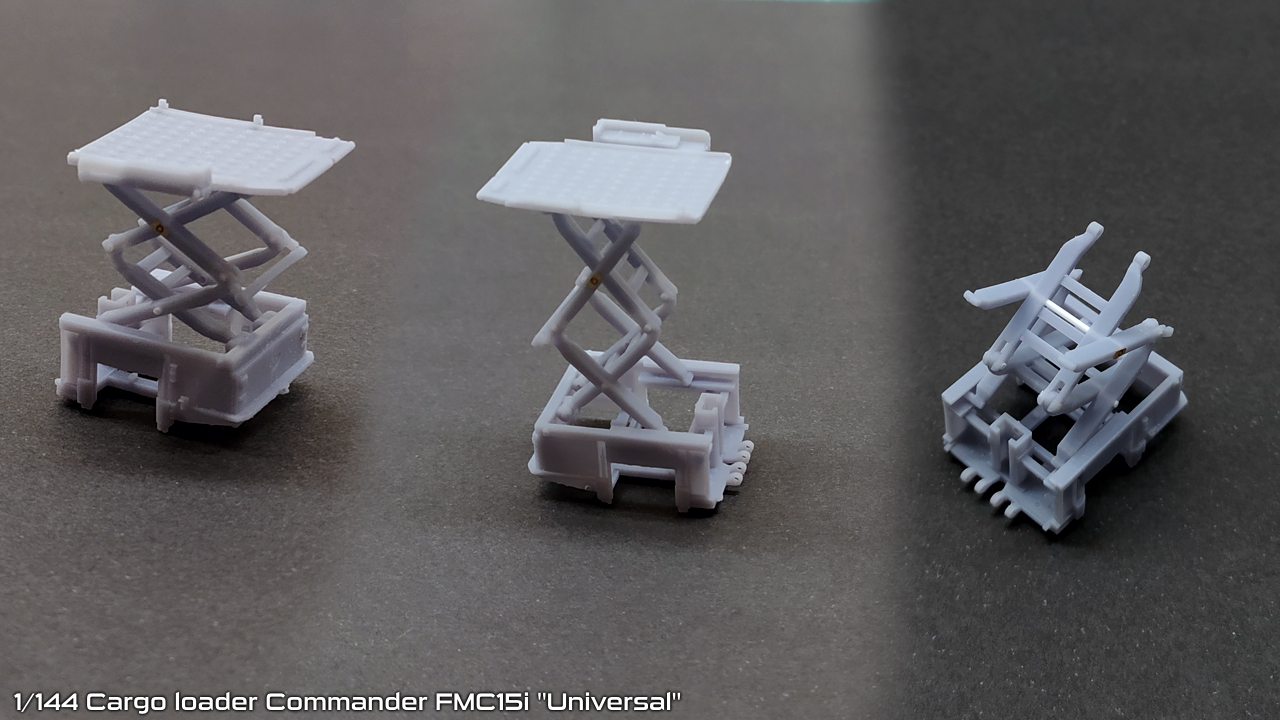 You may wonder why it is taking so much time to restock the cargo loader, here are some things that have been done:

The initial units have been made, most is packaged, however, this model has gone through some changes specially for me to speed up a little bit the packaging process. When you receive an item and see its contents, you can imagine and multiply those parts by 10 or 15 which are the units I usually make, so for this reason, there are some parts of the model that will be produced differently:

The pivoting pins: Those were made with brass, cutting 8 3mm portions for each model kit was becoming a problem due the material itself. So far I already wasted four cutting blades, and yet not without problems with a bur in one of the ends of the rod which made it harder to fit inside the holes.

My decision was to change this material for a plastic rod, we are talking about a 0,75mm rod, so the modeler would be able to cut clean without any problem 3mm rod sections for the different pivoting points.
Concerned about the strength? There is virtually no difference on the model whatsover, because the force is hold by the different cross bars and blockers, these themselves hold on each other together with the body to keep the unit tight. The 3mm long plastic rods are basically fixed to the outter scissor or support so that the inner scissor can rotate at that point. So it is positive to have these rods with plastic as they allow for a better bonding with the resin as well as allow easier sanding if needed.

I will however, include the rod under the main bridge platform (the one that goes perpendicular to the crossbars) in brass material because there is more of an structural element there.

This change of rods became a problem with the FMC15i body and its joining points inside it, since the holes had to be designed just a bit larger, so several modifications where needed and the body was reprinted again.

More modifications; both the platform and brdige will come with their correspondent bases. That means, modeler will need to cut the platform off the base, a task very easy to do, but if we consider that I had to do this for 32 bridges and platforms, it was more time added to the list.

Another reason for this is because the “Universal” bridge is different than the “Standard” one only from below, in the sense that the pivot points underneath the bridge were displaced to adapt to the double scissors. Also, a “Wide” variant has been made, so it is nice to have these bridges with their bases as they have the correspondent names on it so you can easily see which bridge is what.

A bit of time will be required to cast in polyurethane resin these new bridges and platform.

Next, the making of the units for the stairs truck and the tow tractor TLD JST-25 has been started, I am going to be producing units eventually and have them fully packaged. Worker figures (all variants), chocks and cones will be restablished (they are already made).

The tow tractor TLD JST-25 with cab will be modified, I will try the clear resin + window maskings for the cab, so this will become an accessory for the JST-25 meaning that the “Cab” version will be discontinued but that the cab + masking + driving mirrors would be an accessory available separately.

This will allow for customization within the product page, as with the loader, it will be available as “Standard”, “Universal”, “Wide” or “Universal wide” versions. I will however, set as independant product those new bridges in case you wish to change it for your current models. So only the bridge, scissors and pins will be included, yet I am thinking if PE should be included or not. Maybe a smaller version of the current PE set will be made with only the pin covers and handrails.

As you can see, a lot is being done, it is not easy to work with things that move in the case of the scissors for the loader, so some trials and error are necessary. I may need two more weeks to have all of this done, so I will start to set release dates on the product pages during this week.

The B787 rear galley is currently being redone, the most difficult point has been addressed, so I hope to have the rear shell done soon. Detail parts and L4/R4 doors will be next work to do.

I am also planning on making a Youtube channel, I would very much like to display the models as they are not “flat” as seen in the photos, so that may help you see how these would look like as if they were in front of you.
I will also use the channel for building guides, I am not a Youtuber nor pretend to gain anything from it but just to share how do I assembly those GSE kits in order to be a complement to the current included instructions.

That is all for this week, work continues, the cargo loader as well as most of the other GSE models will be available within a couple of weeks.